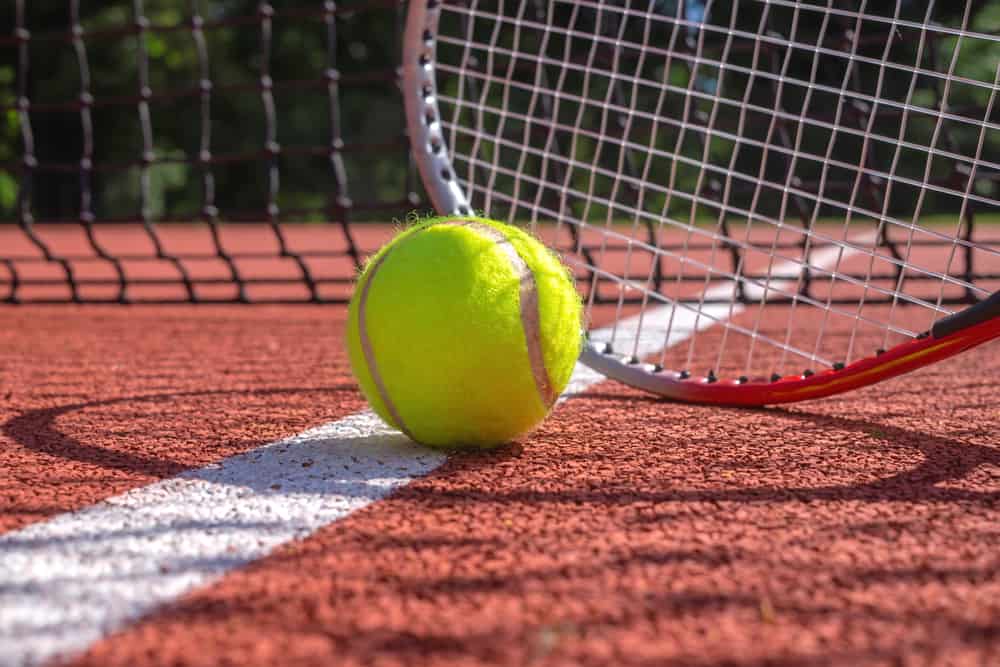 Does The Ball Have To Bounce In Tennis? A Rule To Remember

Tennis is among the most favored racket spectator sports. According to the global survey conducted in 2019 by the International Tennis Federation, more than 87 million people play tennis worldwide. Despite the popularity, some confusion remains regarding some rules, like whether or not it’s necessary for the ball to bounce.

In tennis, the ball must bounce once during the serve before it can be returned. Once the serve has bounced and is returned, the rally can begin and either player can elect to let the ball bounce once (and only once) or hit it out of the air with a volley.

But do you really need to let the serve bounce if you’re the returner? And, when serving, does everyone have to bounce the ball before tossing up the serve? Is that even a rule?

Keep reading because I’ve got simple answers to all these common yet misunderstood questions.

Does the Ball Have To Bounce During The Serve?

According to international rules, an opposing player will lose a point if they hit the served ball before it bounces in the service box. The ball must hit the court once before the serve can be returned in tennis.

However, if the service ball hits the net first before the opponent player hits it on the volley, the returner won’t be penalized.

The consequence of a faulty serve is determined by whether it was the first serve or the second serve.

If the player hits the net and the ball bounces inside the allowed section of the opponent’s court, they’ll make the first serve again.

If the ball hits the net and touches the outside of the service box, they’ll make the second serve.

If the serve bounces in the correct service box, the player gets the point if the opponent cannot return the serve. It’s called an ace.

The player will also get the advantage if the ball bounces twice in the allowed area of the competitor’s service box.

The player will make the second serve if the first serve bounces outside the service box.

The player will lose the point if they hit the net or if the ball touches outside the permitted service box.

The player will make the second serve again if the serve strikes the net but bounces inside the service box.

Related: Some other racket sports have rules where the ball must bounce twice before it can be volleyed.

Can You Serve Then Immediately Volley In Tennis?

Yes! You can serve the ball then run to the net for a volley in tennis. In fact, this is called the serve and volley strategy and it used to be very popular. This is why serving gives you a slight advantage.

But why is the serve and volley strategy not used as often these days?

The serve and volley strategy isn’t used as much any more mainly because racket technology has improved, meaning power and baseline speed is more effective in competitive play. Plus, pros are way more atheletic than before.

It’s easier for pros to score points with aggressive baseline power and using angles than running up to the net for a soft volley. It’s not completely dead however. You just don’t see the serve and volley dominate the game like before.

But it’s still effective. Especially in casual or recreational play.

When the player moves closer to the net after serving, they decrease the distance between them and the other contender. Volleying from the net can beneficial in three ways:

However, this trick can backfire if the opponent manages to return the ball to the far sides of the court because then the player won’t have enough time to reach the ball. Moreover, staying closer to the net increases the chances of getting hit by the ball as well. According to the rules, the player loses the point if the ball hits their body.

Related: Click the links for my complete guide to volleys and half volleys.

What Are The Rules For The Ball Bouncing In A Doubles Match?

In tennis, the rules for a ball bouncing in a doubles match are identical to a singles match. However, the width of the tennis court is much wider in a doubles game, giving the ball more room to bounce overall.

The standard tennis court has a length of 78 feet. The width of the court is 27 feet for a singles match and 36 feet for a doubles match. The player or the pair will lose a point if they hit the ball out of bounds.

The bounds also include the reference lines. That means a fault occurs only when the ball touches the court outside of the marked lines.

Do You Have To Bounce The Ball Before Serving?

No rule necessitates a player to bounce the ball before serving. However, since players have been doing that for so long, it has become a part of the game. For some players, it’s a ritual that gets them going.

Every tennis player has a pre-serve routine and bouncing the ball a few times is one of them. This practice is crucial because it signals and prepares the body to get ready for the serve. If a player hasn’t conditioned their body on a set pre-serve routine, it may affect their consistency in making an error-free serve.

Performing the bouncing routine helps the player to get composed and relaxed before making the serve. These few vital seconds also allow the player to observe their opponent, analyze the situation and make a strategy for the serve.

Some international players have an elaborate serving routine.

For example, Novak Djokovic likes to bounce the ball first with his racket and then with his hands. Naomi Osaka will tap her thigh before bouncing the ball. While hitting the ball, Rafael Nadal will first adjust his shorts and shirt around the shoulders, touch his nose, and move his hair to the back of his ears before making a serve.

However, recently, an improvised tactic regarding the service has been employed by some players. International players like Nick Kyrgios and Daniil Medvedev have used what is called an underarm serve. In this kind of service, the player doesn’t complete their pre-serve routine and quickly hits the ball to catch their rival off-guard and win a point.

Click here for my complete guide on hitting the ball before it bounces after the serve has been completed.

Is There A Limit For Bouncing The Ball Before Serving?

There’s no limit to the number of times a player can bounce the ball before they serve. However, each player only has 25 seconds to make the serve. So keep it short and sweet.

As mentioned above, each player follows their serve routine. Some players bounce the ball a little longer and at varying times, whereas others rebound for a fixed number. Djokovic will bounce the ball 4 to 8 times before serving, while Roger Federer only bounces his tennis ball twice.

Sometimes the players will take a little more time to bounce the ball while serving for crucial points. The additional seconds help the player to make a plan to win the game.

Does The Ball Have To Bounce In Tennis – In Summary

In tennis, it’s essential to remember not to hit the served ball before it bounces in the service box. After that, you’re allowed to hit volleys throughout the rally.

Additionally, its common for all tennis players to bounce their ball before serving as part of their pre-serve routing. The bouncing of the ball before the serve is more of a personal preference but is an important part of mentally getting ready.

When you practice with a set pre-serve routine, your body gets used to the body motions that’ll increase the consistency in serving.