How to Play Pickleball

How to Play Pickleball

Before we can get into how to play pickleball, let's start by answering the question: "what is pickleball?"  Pickleball is a paddle sport that combines aspects of tennis, badminton and ping-pong.

The tennis component of pickleball is most evident from the court. A pickleball court looks like a tennis court with similar service lines and baselines except its shorter and scaled down.

The badminton feel comes from the net because of how similar they are in size.  However, instead of being five feet off the ground, a pickleball net is only 36 inches high.

A pickleball paddle resembles a ping-pong paddle, only bigger and made of much more sophisticated material.  We'll cover more on paddles and equipment below.

Related:  I interviewed four paddle experts and learned what type of paddle actually leads to more miss-hits...some of the facts I learned shocked me!

How to Play Pickleball - The Two Bounce Rule

Related: Want to know more about a new sport, played on a pickleball court, that does NOT enforce the No Volley Zone rule?  It's called Spec Tennis, and it's a newer paddle sport many pickleball fans are gravitating towards!

When it comes to scoring points, players must pay close attention to the following guidelines:

For a complete rundown on singles scoring and doubles scoring from the USAPA click here: The rules of the game are fairly simple and can be played by practically anybody. However, to become an experienced player, you will require a lot of practice.

While a complete list of game rules can be found on the USAPA’s official website, these are just some basic aspects of the game you should familiarize yourself with if you are a newbie. 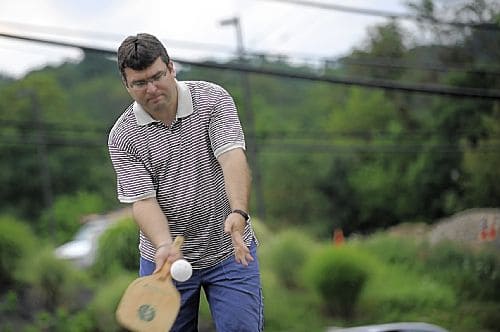 In pickleball, the ball is served underhanded by swinging the paddle below the waist, without allowing it to bounce from the court. Your opponent will serve the ball in your service zone. Points are only scored by the serving team after the opponent commits a fault. The game is won by the first team that is successfully able to score 11 points but the game must continue until one team achieves a 2-point margin.

· The serve must be initiated with an underhand stroke below the waist level. The paddle head should rest below the wrists and your arm must be in an upward direction when the ball strikes the paddle.  This effectively eliminates the opportunity for overhead smash serves like those found in tennis.

· It is imperative the player serving has both feet behind the baseline during the serve, keeping at least one foot on the court’s surface when the ball is struck.

· Remember the ball cannot be bounced off the serving court when it is served.

Keep in mind that these are just a few basic pickleball rules that will help you learn more about the game. Just like any other game, you will require tons of practice if you want to become a pro at pickleball.

· Pickleball Paddle: To play pickleball, you need a paddle that is slightly smaller than a tennis racquet but larger than a ping-pong paddle. While these paddles were originally made from wood, the pickleball paddle has become incredibly diverse and you can find paddles made from all kinds of materials, ranging from aluminum and graphite to composite. Each material has its pros and cons, hence users must select one according to their preference and level of comfort. 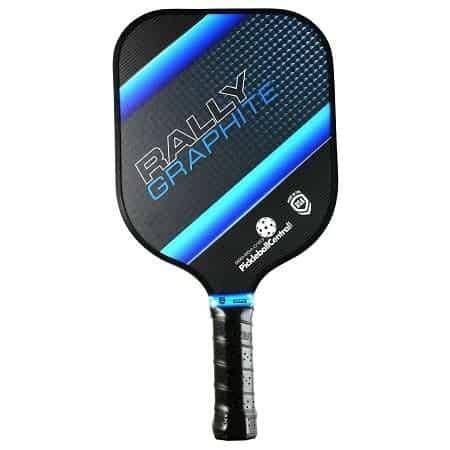 For all the information you could ever want on pickleball paddles, what the different paddles types do and a complete run down of all essential pickleball equipment - we've created this amazing resource: The Complete Pickleball Equipment Buyers Guide.

Pickleball Balls: Pickleball balls are small plastic hollow balls with several holes in them.  They come in two varieties: indoor or outdoor.  Balls meant for indoor use are generally softer and typically have larger holes.

Pickleball was invented in Bainbridge Island, Washington in 1965. Three dads teamed up together in the hopes of entertaining their bored kids. Barney MacCallum, Joel Pritchard and Bill Bell are credited for creating the game. Over the years, the simple game has evolved into to a popular sport played across Canada and the US. The original purpose of the game was to provide an entertaining sport for the whole family during family gatherings.

Why Is It Called Pickleball?

Are you wondering why the game is called pickleball? The name is particularly interesting since the game does not involve any pickles. The accounts of how the name originated has many different stories. The first theory suggests Joel Pritchard’s wife started calling the game pickleball because the combination of sports in the game (badminton, tennis and ping-pong) reminded her of a pickle boat crew where oarsmen are selected from the leftovers from other boats. One could argue that pickleball was indeed grabbing left over ideas from badminton, ping pong and tennis.  The phrase "left overs" implies the bad parts.  Here at TheVolleyLama, we like to think pickleball uses what makes those other sports great, and incorporates them into one single game!  It's the best parts of all three!

Another more entertaining theory suggests the name originates from Barney MacCallum’s dog whose name was Pickles. Pickles was known for watching the action on the court, chasing the ball down and then running away with it!

In the early years, the sport did not have an official name, which means both stories could actually be true.  We like dogs, so we're going with the Pickles the dog story!

If you found this guide on how to play pickleball helpful, please post a comment below!  We'd love to hear from you!  Now grab your paddle, get out there and have fun!

How To Keep Score In Pickleball Doubles vs Singles