What Is The Double Bounce Rule In Pickleball? A Helpful Beginners Guide

The Two Bounce Rule
The double bounce rule is where the first two shots, the serve and the return of serve, must bounce before being hit. Once both shots have been allowed to bounce, the two bounce rule has been achieved and each team can hit the ball on the fly.

This forces each team to hit ground strokes before being able to hit the ball out of the air; also known as a volley shot.

At It's Core The Double Bounce Rule Is Designed To:

If you're a new player to pickleball, chances are you've forgotten about the double bounce rule from time to time and cost your team a point.

If you're a former tennis player, it goes against every court based instinct you have to not charge the net after you blast a serve to your opponent. But trust me, in pickleball it serves a unique purpose...and it's pure genius!

Read on to learn more.

What Is The Purpose Of The Double Bounce Rule? 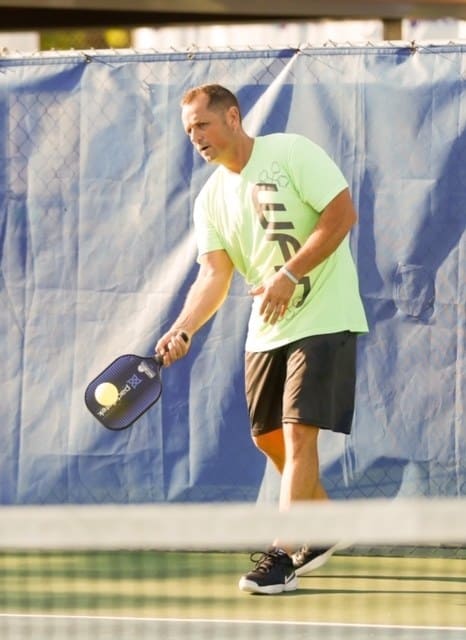 Pickleball was designed and built around rallies to extend the game and make it more enjoyable for all ages.  Without the double bounce rule, this simply wouldn't be possible.

If serves and return of serves could be played on the fly (without bouncing), the point could end in two or three shots.  Meaning a weak serve or return of serve shot could be taken advantage of and put away for an easy point at the kitchen line.

If points, in pickleball were only 2-3 shots each, the game wouldn't be much fun would it?

Everyone loves a good rally in almost any racquet sport.  And the double bounce rule in pickleball amplifies that in a perfect way.

Editors Note: Looking for a paddle upgrade?  Click here for my current favorite and one that helped improve my game.

Who Benefits From The Double Bounce Rule? 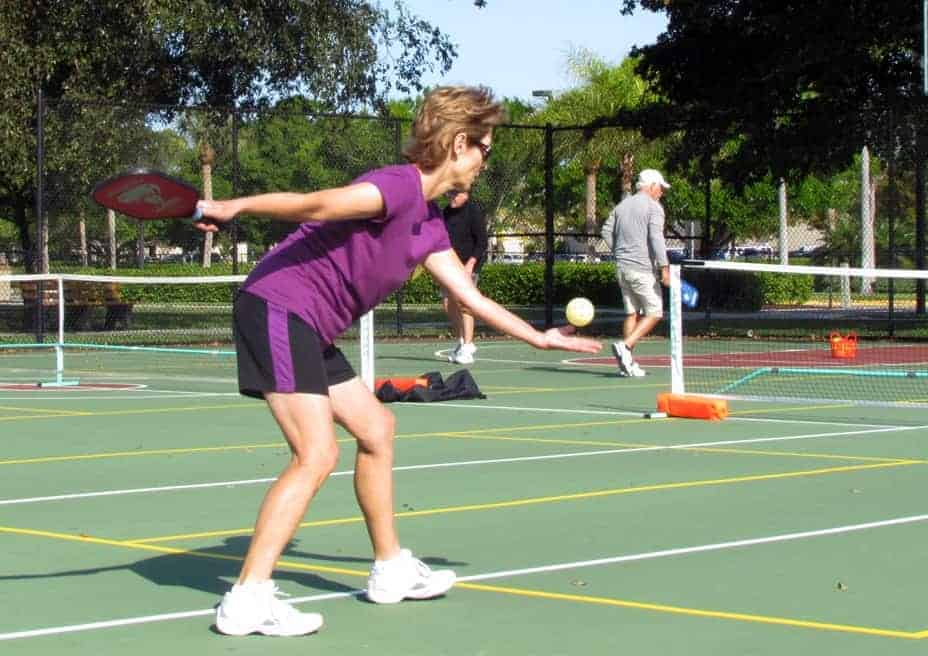 As I mentioned above, forcing the serving team to let the return of serve bounce keeps them from getting to the net quickly.  In fact, after the returning team hits, they can (and should) hustle to the kitchen line quickly.

The serving team has to let the ball bounce before hitting it a second time.  So, they're effectively delayed by this single shot before they can even think about charging the net.

This one rule single handedly takes away the big advantage found in the game of tennis that was utilized by legends like Pete Sampras and John McEnroe.

Those hall of farmers would unleash a lethal serve onto their opponent, then dash to the net to put away the point after their opponent barely managed to return their rocket of a serve.

In pickleball, because of the underhand serve and more importantly, the double bounce rule, the serving team does not have an extreme advantage.

This is one of the rules of pickleball that make it so unique compared to other paddle sports.

Un-returnable serves in pickleball are rare because they're all done underhand. And when the return of serve is hit deep back to the server, it virtually eliminates the opportunity for the server to get to the no-volley zone and end the point.

No Pete Sampras two-shot winners here.  No sir, it's an even playing field in pickleball.

In fact, you could argue that because of this rule, the return of serve team has the slight advantage of getting to the net first.  Most points in pickleball are won and lost at the kitchen line so... he or she who gets there first has a slight edge.

This forces the player or team serving, who is the only one eligible to earn a point, to really work to achieve that point.

Fun Fact:  Points in pickleball are only awarded to the team serving.

If you're the return team, you can't earn a point but, you can usually get to the kitchen line first.  This is huge!  It's a clever little rule, that extends the over all match and makes the game beautifully competitive regardless of age or skill level.

In 2018 the official pickleball rules book changed the wording of the double bounce rule an now officially calls it the "two-bounce rule".  But it means the same thing.  It's the rule enforcing that the ball must bounce once on each side before hitting it out of the air (volley) is legal.

Whether you see it referred to as the “double bounce rule” or the “two bounce rule” it means the same thing.  It’s referring to the serve and return of serve bouncing.

Can The Ball Bounce Twice In Pickleball?

If you’re wondering how many times the ball can bounce in bounds during a game of pickleball, the answer is once.

Most racquet or paddle sports have an inherit rule where if the ball bounces  twice during a game, the team or player who hit that shot is awarded a point.

So, if you and I are playing a game of pickleball and we have a nice rally going at the no volley zone but you hit a great dink to the far side of my court and it bounces twice because I couldn’t get to it; you win that point..

Virtually all racquet and paddle sports have this rule.

So, don’t let this common racquet sport rule get you confused with the double bounce rule in pickleball.  They are different.

Who Invented The Double Bounce Rule?

But who invented the double bounce rule in pickleball?  Was it one of these three famous men?

Unfortunately, the answer to this question isn’t clear.

A simple search doesn't yield any clear cut answer as who came up with the most genius rule in racket sport history.

But, since Joe, Bill and Barney worked for days to finalize and customize the rules of the game at their vacation home in Bainbridge Island in Washington so that all of their family members could play  - chances are really good it was one of them.

Sadly, we may never know.

Update:  I’ve reached out to the USAPA for an official answer but I’ve yet to hear back.

Is Pickleball The Only Sport With A Double Bounce Rule?

Surprisingly, pickleball is not the only paddle sport that enforces a double bounce rule where the return of serve must bounce.

In Pop Tennis, more specifically “Classic Pop Tennis” the serve and return of serve must bounce before either team can approach the net.  Just Iike in pickleball.

For more on Pop Tennis and what it is, check out the article I wrote explaining the differences between it and pickleball.  Click here.

All in all, implementing the two bounce rule was a brilliant move when Joel Pritchard and his friends began forming the official rules for the game.

Little did they know that a simple rule to take away any blatant advantage to one side would end up being the most clever rule ever designed in a racquet or paddle sport.

Thanks for reading, I hope this article helped you.