When Did Table Tennis Become an Olympic Sport?

As a fan of any and all paddle sports, it's always good to see these sometimes smaller, less heralded sports get the recognition they deserve.  A great example of this is table tennis aka, ping pong.  Without table tennis getting green lite as a legit sport in the olympics, this niche paddle sport would arguably be seen as nothing more than a hobby in peoples basements.  Nothing legitimizes a sport like getting included into the olympic games.  But when did that happen?  When did table tennis become an olympic sport?

So, I did a little research and was surprised at the answer I found.  When did table tennis become an olympic sport?  Table tennis was granted olympic status in the year 1988.

This caught me off guard.  This seems like yesterday to me.  I was expecting the answer to be much earlier knowing that the olympics have been around for SO long!  Plus, the era that ping pong took off (the sponge paddle era) happened in the 1950s.  I would have expected the answer to be around 1965 or 1970.

But as I delved deeper into this fascinating story, the more intrigued I got.

Editor's Note: Looking for a new paddle that fits your game?  Check out my thorough table tennis paddle breakdown. 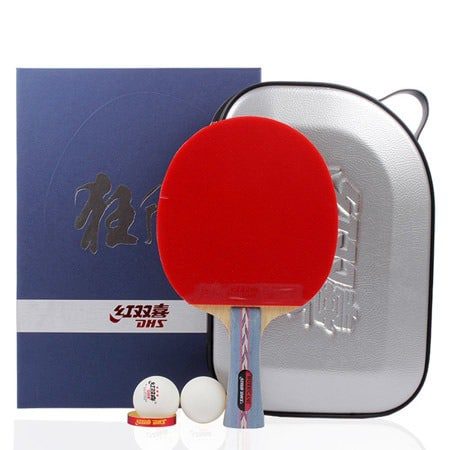 Table Tennis Before The Olympics - The Beginnings of The Sport

What came first?  You guessed it, Tennis. Tennis lead to table tennis.

The precise origins of tennis are disputed.

Some historians trace it as far back as ancient Egypt, while others say that the game can more reliably be traced to a game played by European monks in the 12th century, in which they batted a ball back and forth in a closed court with their bare hands.

It began as a parlor game in the late 1880s, when lawn tennis players adapted the game so that it could be played indoors at any time of year, so long as you had a table, paddle, and ball. 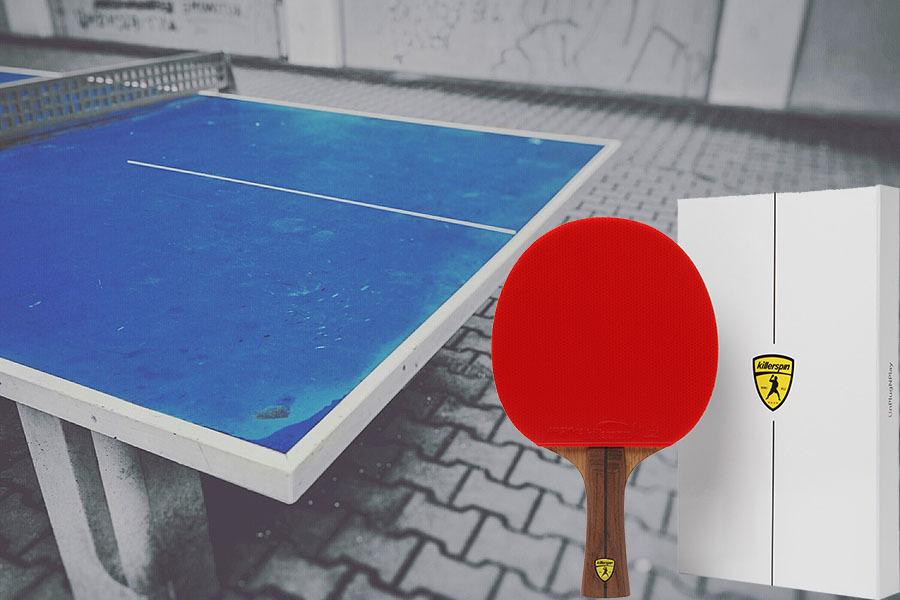 According to the International Table Tennis Federation (ITTF), the earliest surviving game of tennis on a table is a set patented in England in 1890 by one David Foster.

This game was called Parlor Table Games and included table versions of popular lawn games such as cricket, tennis, and football.

The table tennis game included a wooden fence set up around the perimeter of the table, a 30mm cloth-covered ball, a set of strung rackets, and nets.

Several companies began patenting versions of the game with basic rules in the 1890s, including Parker Brothers.

"Ping Pong" vs. "Table Tennis" - History Clears Up The Confusion

At this point, it's important to distinguish between ping pong and table tennis--or rather, to understand where the two split off.

In the early days, the game was referred to as table tennis, i.e., the table version of lawn tennis.

Ping pong is technically the same game. The distinction is actually rather simple: ping pong is to table tennis as Kleenex is to tissue.

That's because ping pong is a trademark name for table tennis and the equipment needed to play the game. The name Ping-Pong was trademarked by the game company J. Jacques and Sons in England at the end of the 1800s, later selling the American rights to the name to Parker Brothers. 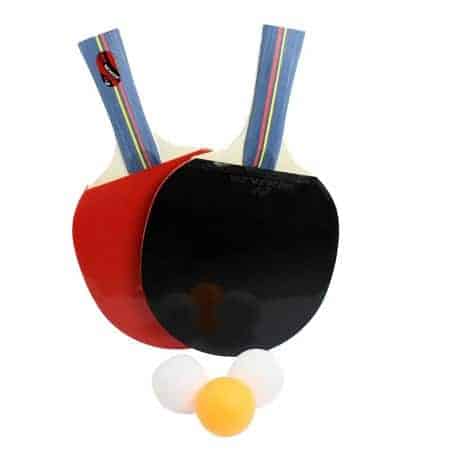 The Birth of the International Table Tennis Federation - ITTF

Also, since ping pong is a trademarked name (and Parker Brothers threatened legal action against those using the name without permission) table tennis was a convenient name for a burgeoning international game.

The ITTF was formed on January 16, 1926, during a meeting between representatives of the Austrian, English, German, and Hungarian Table Tennis Associations.

The first meeting of the ITTF was scheduled for December of that year. Ivor Montagu was elected as the Federation's first chairman and set forth the first official Constitution and standardized rules of the game.

When Did Table Tennis Become An Olympic Sport? - Tracking Each Era

In order to get the most accurate answer to this question, lets track table tennis through its eras. There are two main eras that ping pong enthusiasts point to that lead up to its monumental growth. 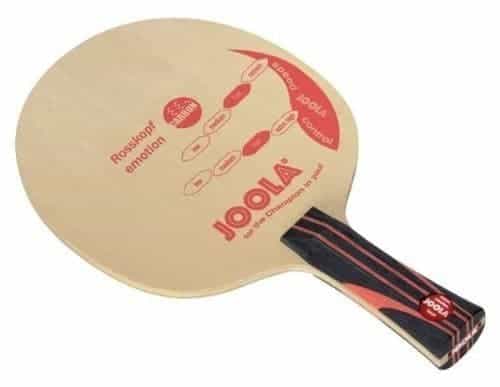 The period from the 1920s to the 1950s is sometimes referred to as the classic hard bat era.

In those days, table tennis was played with a hard bat--a hard wooden blade with a pimpled rubber surface.

Initially, hard bats were used by everyone. Hungarian and English players were particularly successful in wielding them at World Championships for the first 25 years. 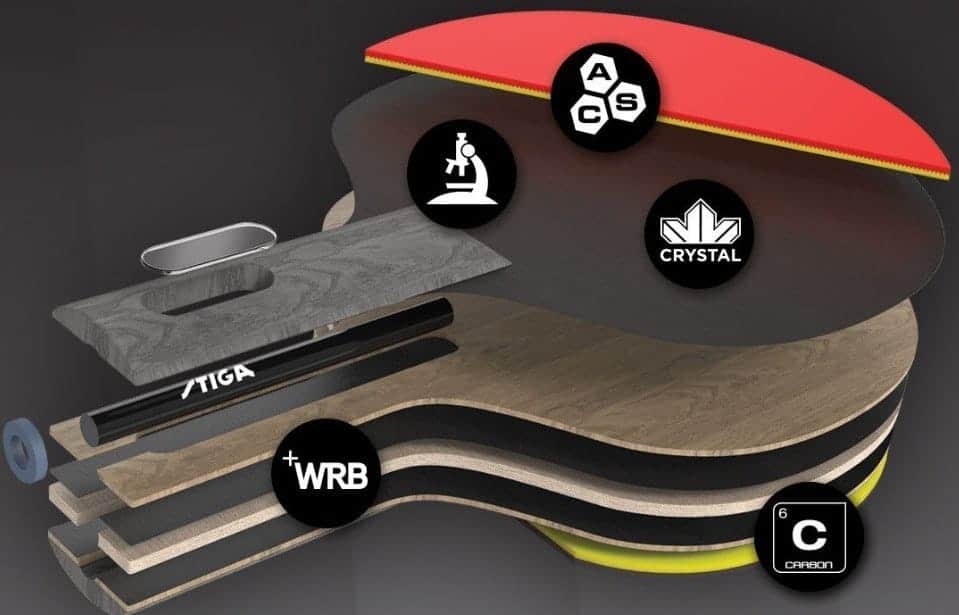 That was the year that Japanese player Hiroji Satoh claimed an unexpected men's singles victory at the World Table Tennis Championships in India. His victory was due in part to a totally new racquet he preferred to use, a wooden blade covered in thick foam sponge rubber.

Related:  Want to know why the Stiga Pro Carbon is my favorite paddle for recreational players?  Check out my paddle guide!

This ushered in a period of Asian male domination of the sport until 1989. In 1959, fascination with Satoh's racquet of choice was so widespread that the ITTF standardized use and craftsmanship of sponge rubber bats.

If you thought ping pong strategy was big before, it soared as players began working with different equipment and learning to use it to their advantage.

So, When Did Table Tennis Become an Olympic Sport?

So, back to our original question: when did table tennis become an Olympic sport?

That happened in 1988 when table tennis made its debut at the Summer Olympics in Seoul.

At that time, American officials of the United States Table Tennis Association hoped Olympic exposure would encourage those at home to take the sport more seriously. There were only about 10,000 tournament players in the U.S. at the time, while China claimed about 60 million tournament players.

It worked--there are now about 40 million tournament players worldwide, as well as millions of recreational players. However, China remains a dominating force in the game, due in large part to the enormous popularity of the game in China. 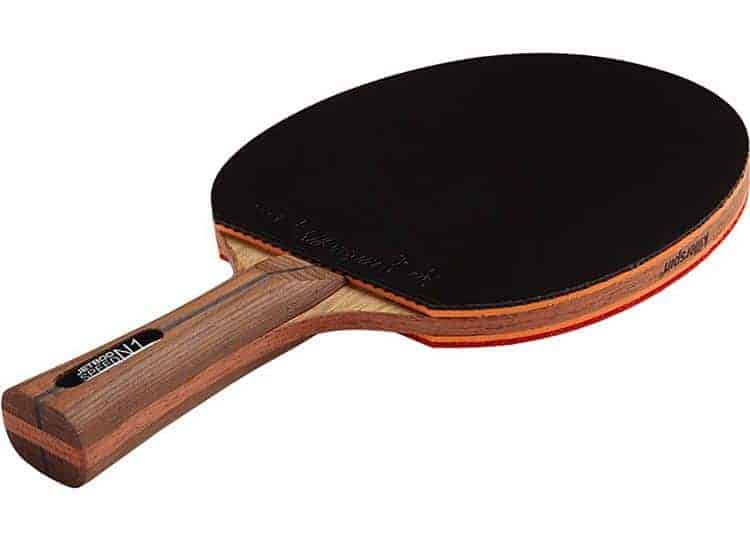 As you can see, when you track the game's heritage and peak moments in growth, it took A LOT for table tennis to be recognized and legitimized as an olympic sport.

Table tennis had to work its way though its own eras of development and game innovation to finally be granted olympic status.

So now, when you're playing a casual game with friends or chatting at a cocktail party, and someone asks, "Hey, when did table tennis become an Olympic sport?" you can impress your friends with your historical knowledge.

Of course, if you're a serious player, you don't want to just know history. You want to know how to dominate against your friends (in a friendly game, of course).

We can help. Check out our ping pong strategy guides for more useful posts, like this post on how you can make your own custom ping pong paddle.

How YOU Can Make a Custom Table Tennis Paddle